About The Ruby Prize

Koua, young Hmong mother of six, has immigrated to Minnesota after living for years in squalid Thai refugee camps. Determined to give her children all the tools for success, her efforts are constantly challenged by her husband and his family. As Koua’s family life becomes more violent, Anita, her next door neighbor, is torn between calling the police, offering Koua sanctuary, or minding her own business. 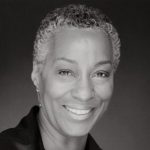 wrote and produced print and broadcast advertising in Chicago and New York before pursuing her interest in theatre. She has directed main stage productions at Actors Theatre of St. Paul, Penumbra Theater, At the Foot of the Mountain Theatre, Women’s Theatre Project, and Starting Gate Theatre in Minneapolis and St. Paul, where she was also the founder and Artistic Director of Alchemy Theater. Dawn Renee studied Film Production at The New School, which led her to produce and direct music videos for Motown, Tabu, Flyte Time, Warner, and Paisely Park records. Her screenplay Man of the Word won Best Screenplay at the New York Film Columbia Film Festival (2008). Dawn Renee received an MFA in Creative Writing with emphasis in Playwriting from Goddard College in 2014.

Finalist:
I Enter The Valley By Dipika Guha

Renowned national poet Augusto Reál has written (almost) nothing for seven years. But now, in the twilight of his life his house in the valley is flooded with women. They disturb his peace, revitalize his life force and tip the balance of power irrevocably away from the old world into the new. I ENTER THE VALLEY is a play about literature, longing, and creativity inspired by the life and work of Pablo Neruda. 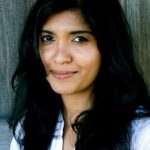 Born in Calcutta, Dipika Guha was raised in tea drinking countries. Her work has been developed by San Francisco Playhouse, Crowded Fire Theatre, New Georges, Playwrights Horizons New Works Lab, the Lark & Soho Rep W/D Lab among others. Dipika has an MFA in Playwriting from the Yale School of Drama. She is currently a Visiting Artist at the Schell Center for Human Rights & under commission from Oregon Shakespeare Festival & South Coast Repertory Theatre. www.Dipikaguha.com

In PASS OVER, a bold, incendiary riff on WAITING FOR GODOT, pop culture, historical and religious references collide to create a hilarious and disturbing meditation on manhood, race, and the cycle of violence that prevents too many from realizing their full potential. This spring, the play will receive a workshop at the Cherry Lane theater as part of the 2016 Mentor Project (mentor: Katori Hall). 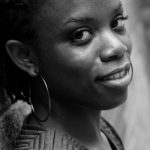 Antoinette Nwandu is a New York-based playwright via Los Angeles. She is second-year member of the Ars Nova Play Group, a New Georges Affiliated Artist, the 2015-16 Naked Angels Issues PlayLab Resident Playwright, and a Dramatists Guild Fellowship alum. Her plays have been produced and developed by Page73, Ars Nova, The Flea, Naked Angels, Fire This Time, The Movement Theater Company, WordBRIDGE and Dreamscape Theatre. Honors include the Lorraine Hansberry Playwriting Award, the Negro Ensemble Company’s Douglas Turner Ward Prize and a Literary Fellowship at the Eugene O’Neill Playwrights Conference. And she has been named a PONY Fellowship finalist, Page73 Fellowship finalist, NBT’s I Am Soul Fellowship finalist, and two-time Princess Grace Award semi-finalist. Education: Harvard, the University of Edinburgh, NYU Tisch.

brownsville song (b-side for tray) by Kimber Lee is about a family struggling to make peace in the aftermath of loss. Time moves in scattered rhythms, pivoting unpredictably between before and after, as the play follows each family member’s stumble through grief, finding one another, and fighting their way towards hope.

Finalists: YOU FOR ME FOR YOU by Mia Chung and TAKARAZUKA!!! by Susan Soon He Stanton

Hedgebrook is a literary non-profit that supports the work of visionary women writers whose stories shape our culture now and for generations to come. Celebrating our 26th year in 2014, Hedgebrook hosts a global community of writers, more than 1400 in over two decades, at our retreat. Hedgebrook’s public programs connect these women’s work with thousands of readers and audience members each year through readings, screenings, events, salons, publications and festivals. The annual Hedgebrook Women Playwrights Festival (HWPF) celebrates the work of women writing for the theatre. Since the festival’s inauguration in 1998, HWPF has supported the work of an impressive array of women playwrights and served an important role in the development of new plays by women.