Written and performed by Nairoby Otero

Written and performed by Nairoby Otero, ‘TIL SUNDAY is a one woman show that tackles what is means to be Cuban, what it means to be an immigrant, and ultimately, what it means to be American.  ‘Til Sunday performed at the 2017 Hollywood Fringe festival where it was nominated for best solo show, was the closing act at the 25th Anniversary of the Los Angeles Women’s Theatre Festival, and went on to do a special one night presentation to a sold out audience at GableStage in Miami. 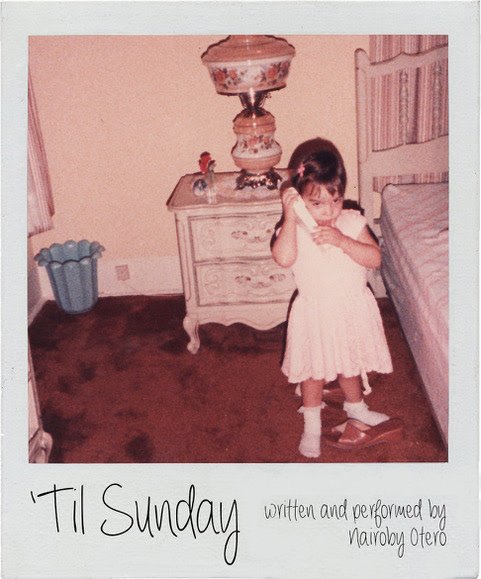 ‘TIL SUNDAY is based on historical events, intertwined with real life struggles, faced by Cuban families that came to the United States in the early 1970’s to mid 1980’s seeking political asylum. ‘TIL SUNDAY tells the story of a young mother coming from Cuba to New Orleans with her daughter in search of a better life. Following three characters, we watch the young girl grow up and prepare for her quinces. As she struggles with her identity, heritage, and loyalty, her mother struggles with her marriage and getting her husband legally to America, as her cranky old neighbor waxes on about Cuban-American relations over his backyard dominos game.

ABOUT THE WRITER AND STAR: 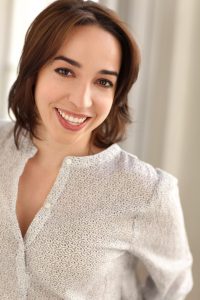 Nairoby Otero, a first generation American, grew up in New Orleans in a strong Cuban family with Spanish as her first language. Both parents were immigrants from Cuba. She is an actress, writer, producer, and public speaker. Otero is the founder of YOLO! Productions, a production company that aims to enhance the visibility of women in theater, film and television. YOLO! recently completed its first film A Second Embrace, written, executive produced and co-starring Otero. Favorite credits include Alex in the site specific production of Daniel Pearle’s A Kid Like Jake, Roberta in the site specific production of Danny and the Deep Blue Sea, Ilana in Rajiv Joseph’s NYC revival of Animals Out of Paper. Nairoby has performed in ensemble theater and film from regional to Off-Broadway. Nairoby earned her degree in Theatre Performance from Marymount Manhattan College. Her hometown is New Orleans, La and she imbues her work with the commitment and strength she learned while growing up there.

With a film adaption in the works, Otero is excited for her hometown New Orleans audiences to discover this story and the events that have shaped the Cuban American experience.