We must and will do better.

stands against racist violence and white supremacy in all its forms.

A Statement from Southern Rep about Harm, Repair and Healing

I am Sam Sweet, the new interim Executive Director of Southern Rep. I write to share a change in direction for Southern Rep as an organization.

I arrived in New Orleans and joined Southern Rep in January of this year. I quickly saw, heard, and read about instances of Southern Rep doing mental and emotional harm to the BIPOC performance art community, as well as the historically Black neighborhood/business corridor it had joined. I have shared the experiences I had heard of with our Board of Directors, along with The Living Document of BIPOC Experiences in New Orleans Area Theatres.

We recognize that it does not matter whether the harm was done intentionally or without thought. Harm was done. We own it now. All of us at Southern Rep own it. The Board agrees that we need to move in a new direction. We must change, repair, and restore – dismantle a culture of systemic racism and rebuild with a culture that practices and celebrates BIPOC values, including equity, diversity, inclusion, and accessibility. Respect.

We understand that some people may be uncomfortable with some of the language used in this statement. We know, though, that changing a culture is bound to create discomfort. We are ready for that. We also know that language has meaning. We want to use language that is most meaningful to those whose voices have not been heard for so many years. As has been said, white supremacy is not the shark, it is the water that BIPOC people swim in. BIPOC people and communities struggle with it every day. We deeply regret that we have been a part of that.

Some have pointed out that in its 35 years Southern Rep has produced many plays by Black playwrights. That may be true. We want to be clear that the issue we must confront is not one of content, but of culture. A white organization producing plays by Black artists, for largely white audiences, is not inclusive. In fact, we recognize that by doing that the theatre is taking up space and resources commonly denied to cultural organizations of color, adding lack of equity to lack of inclusion. 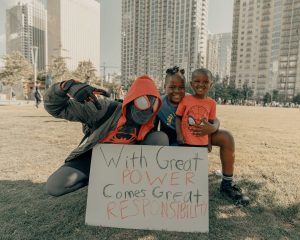 When it moved to its new neighborhood in 2018, Southern Rep failed to embrace the community in which it now resided, adding to the harm. The Theatre performed in a church of historic significance to the Black community, a landmark on Bayou Road that is a legendary corridor for Black and Indigenous traders, merchants and entrepreneurs. But the Theatre chose to stand apart, focusing more on its own art making rather than celebrating the vibrant neighborhood which it had joined.

How does an institution with a 35-year history find its way to change, repair, restore and move forward with respect for all?

We began by Listening to the counsel generously offered by people who have spent a long time here confronting these issues. As a result, Southern Rep is adopting a “radical sense of accountability.” We will listen to truth-telling and direct conversations on the harm. We will be open to admitting our failures.

We are moving forward to take active steps – the Board of Directors of eleven now includes six people of color. We need to grow the Board, and with that growth expand the backgrounds and the experiences that will represent and serve the diverse population of our City.

There is a lot of work to do. There is no time to waste. But we look forward to the journey.

Approved by Southern Rep Board of Directors, August 9, 2021